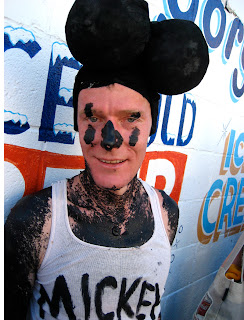 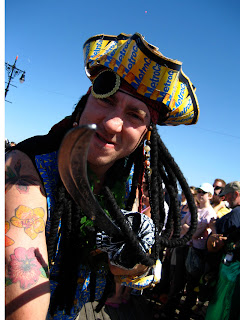 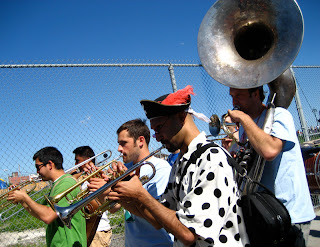 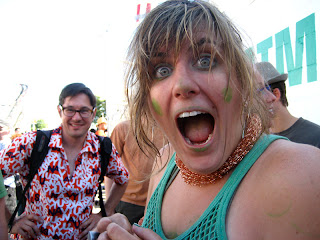 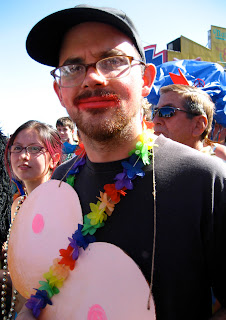 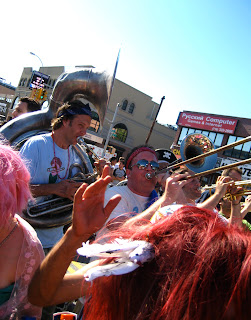 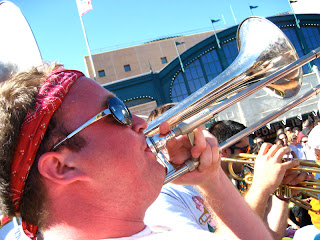 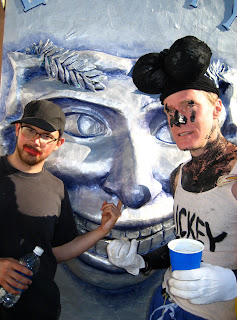 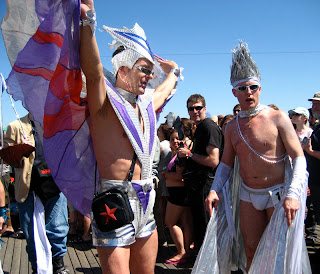 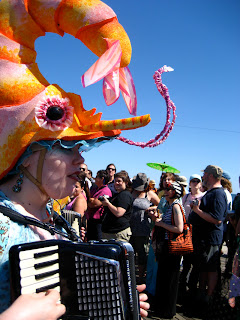 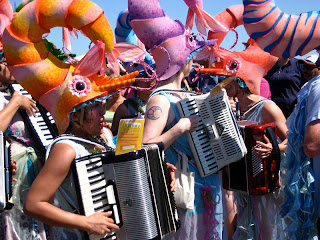 I liked these shrimp accordianists 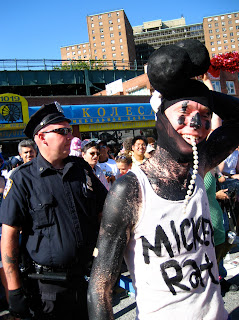 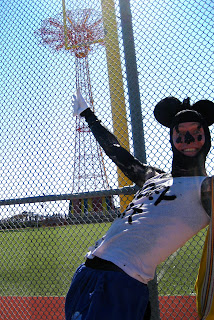 With us, thank god. 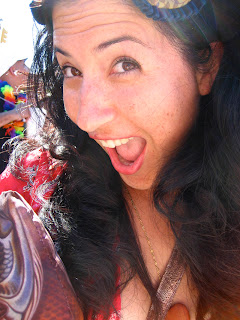 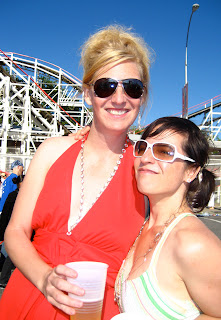 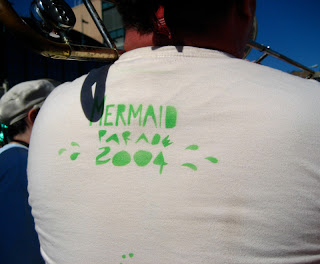 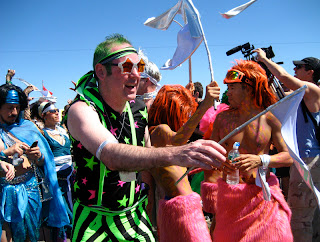 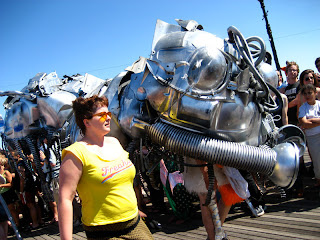 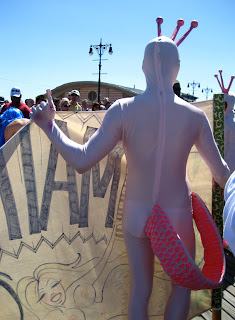 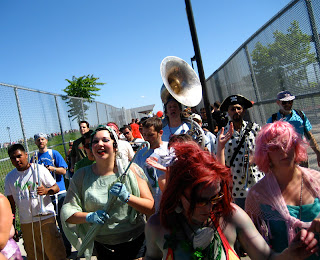 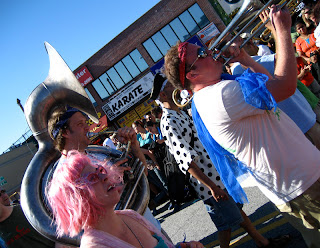 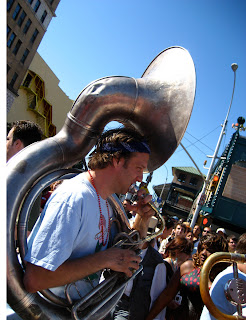 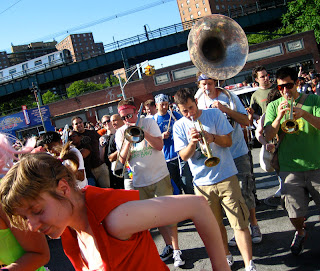 Mama Digdown's Brass Band
Every year since 1998, we've been coming to the Coney Island Mermaid Parade to kick off the first weekend of summer. And each year since 2000, give or take a few, my pals and I have been marching in it.
The first years, we had elaborate floats and costumes, choreographed dance routines, a well crafted event. There was the "Only a Starfish Can Open a Clam" debacle. I was the bearded clam. Then there was the high temp, "Seahorse Rodeo" year. I learned to trick lasso.
We had fun every time, but the year we called off the float and the choreography and dressed however we wanted was my favorite year. That was the year I made the costume of my dreams, a sea anemone, with big long floaty balloons emanating from my big pink afro wig. It was also the year the jauntiest brass band of them all, Mama Digdown's Brass Band in from Minneapolis and Madison, WI to march with us and we never looked back.
Actually I think they came the year before, when it rained like mad, and we all decorated umbrellas--my costume was unintelligible. I think I was a piece of seaweed.

This year was the 25th anniversary, and was freeform for the former members of the Midwestern Ocean Association. Some dressed up, some didn't. Many went nude. Some defected. One came as Mickey Rat. But Mama's Boys were still Mama's Boys. The music hits you way deep down in there and you wonder, why is brass band music so good? Why does it make you dance and smile in ways no other music can do. And these guys are so good at what they do, they leave you pretty breathless and totally satisfied that you're gonna do it all over again next year. They leave you wishing it was next year every day of the week. 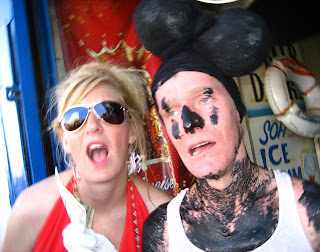 The Royal Me said...

My booty's still doin the stubby hubbub tuba shake. We look so fabulous! Best parade ever!

I heart things of the sea. And bonbons of the oiseau.