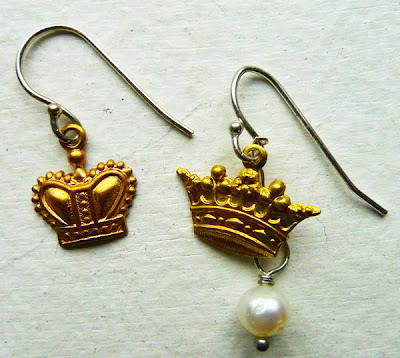 Anyway, I feel an affection for Kate since she's been all over my TV for the past three weeks. I may know more about her than I know about myself.
at 8:34 AM 3 comments:

Coming Back to Life 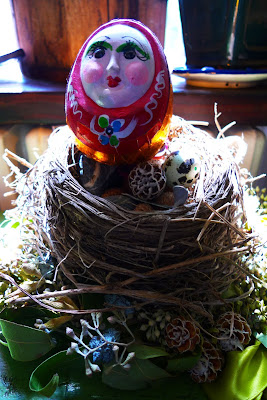 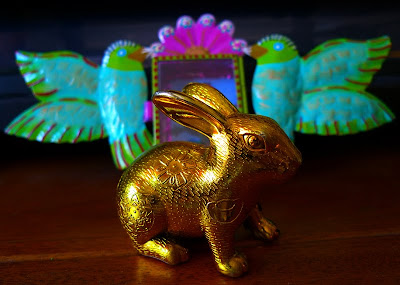 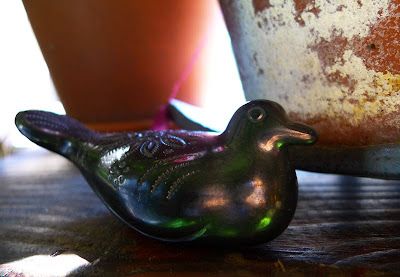 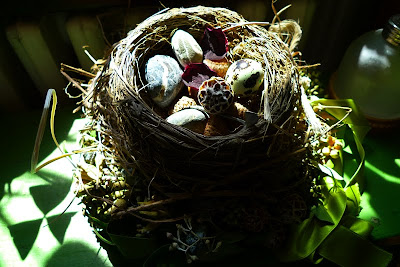 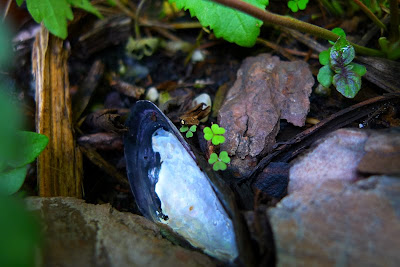 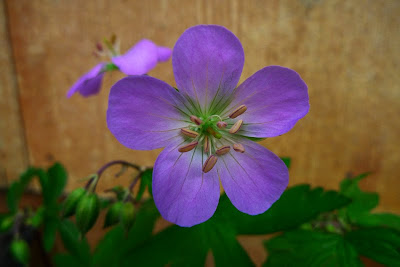 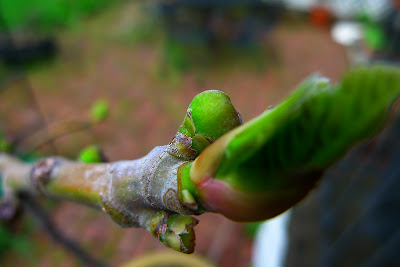 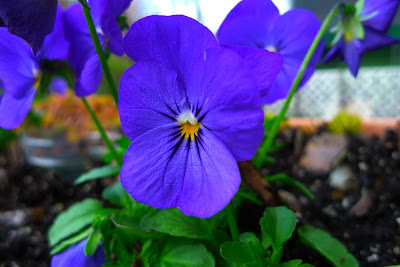 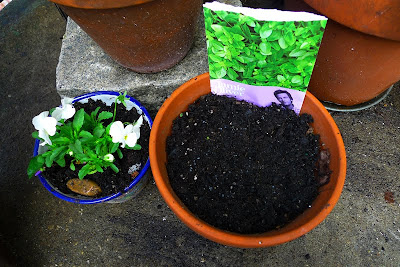 Life is feeling vital once again, always reminded of that vitality by the sudden profusion of first buds, bright patio blooms and the landscape's shift to bright green. I love watching this happen, the first struggles giving over to a complete floral and vegetal coup.

This morning I stepped out. I swept up. I noticed my orange mint and parsley is coming back. So was the pretty wild geranium, the columbine, my strawberries and fig. I've already tossed a load of the chives (growing in three pots) into a green bean hazelnut salad from my new Ottolenghi cookbook. I poked some herb seeds into some pots and planted the little flat of violas given to us by my mom, into the window boxes. I'm excited for summer herbs.

The sun is shining. Inside I made a fast Easter tableau, didn't hide anything, made some Easter matzah ball soup and without much of a plan, I think we might have a picnic later, ingredients and destination unknown.

Happy everything bunny rabbits. Hope the day is full of pleasant surprises.
at 12:26 PM 6 comments:


When it's pouring chats and chiens outside and you decide not to brave the Brooklyn Flea, watch Namasté America. You never know what amazing surprises you will find, usually with a wet sari scene for added value, and then read one blogger's incredible accounts of her life in India, both woman and place, near and dear to my heart. I can't wait til she moves back to New York. 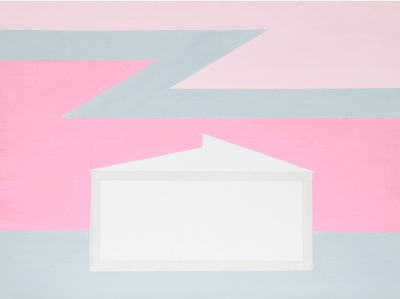 (Non-germy or flu ridden, bubble gum pink and geranium)
kisses to Lily who painted this.
at 11:01 AM 1 comment: 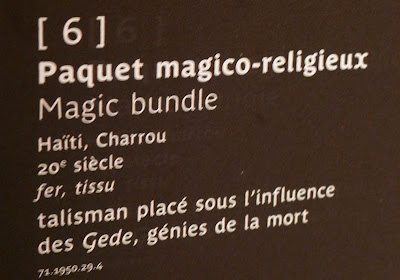 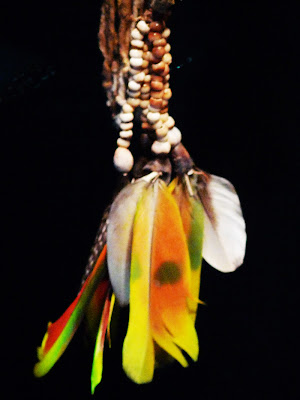 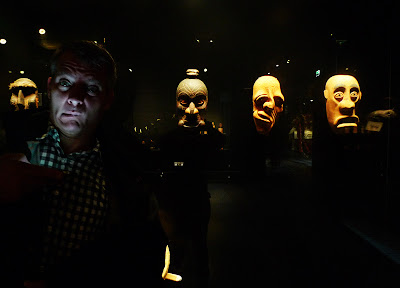 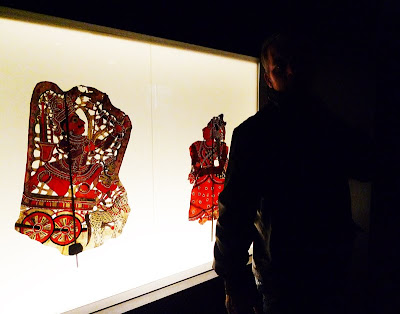 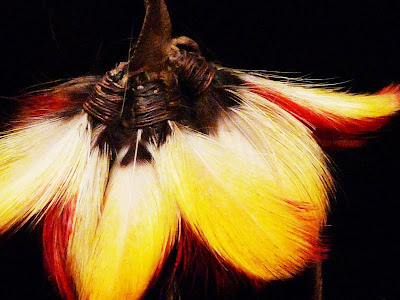 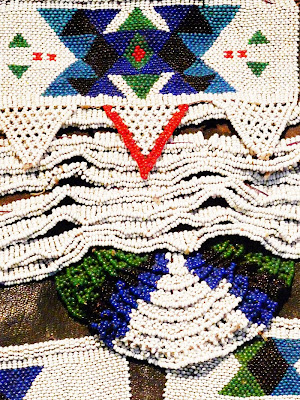 I've been out flat and sick with the flu for over almost two weeks. Not a chance to pick my head up much, but many movies were watched. Many many many many movies:
Séraphine
Wasteland
Mesrine: Killer Instinct
These were among my favorites. The rest I can't really remember, an homage to how drugs can really work.

After the 7th day, I started to feel not just feverish and exhausted from coughing, but like a loser for not moving. Not lifting a finger except to down cough syrup or change the channel (Did you know Oprah is ending?) or, when Jim wasn't home, make tea or open a can of soup. By the eighth day the doctor was summoned and he said, " Hey dummy (because we're on a first name basis), it's time for antibiotics. I can't do much for your bruised rib (from coughing a lot) except take a bunch of advil too." Then, Jim finally stopped his work spree and came home with my new prescriptions. And on the same day, as if by magic, a good friend came by and made the most magical of cures, her family recipe and the sentiment and the soup worked wonders.
These are my American Shamans.

On Jim's birthday in Paris we went to the Musée du quai Branly, the museum of anthropology that sits right below the Eiffel Tower. I love this place. I got lost in the mystical, close-to-the-earth adornments from the Pacific rim, the Native Americans, and tribes from all over Africa and South America. Shadow puppets that tell ancient tales, masks and amulets and talismans aka "magic bundles" that ward off sickness and evil spirits.
This moves me to believe I am doing something all wrong. Or maybe that I could be doing something more right. With more care or more attention or maybe more cowbell.
at 1:09 PM 3 comments: 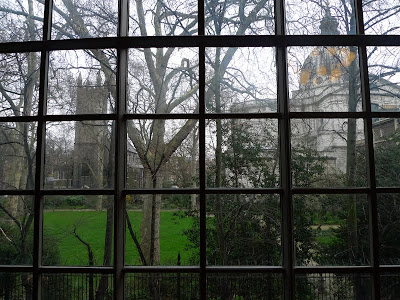 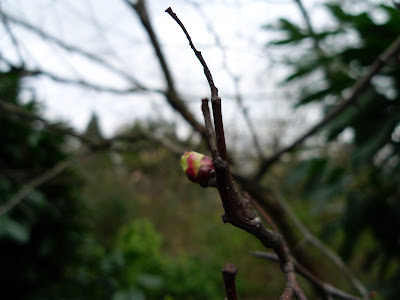 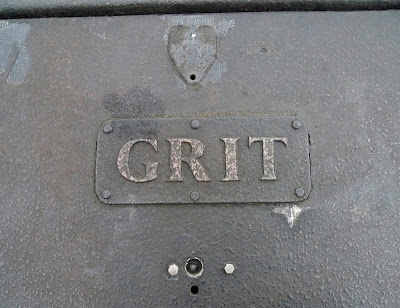 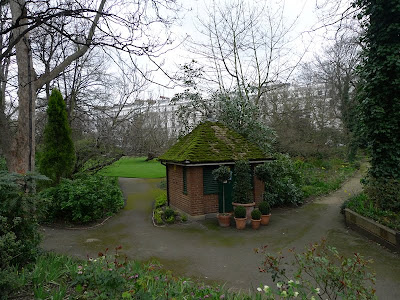 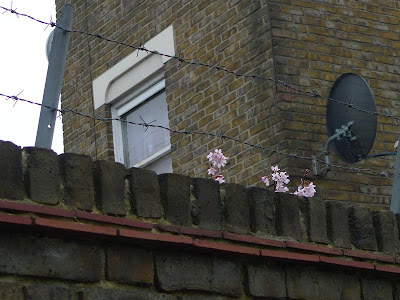 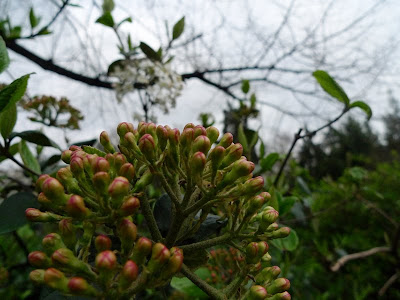 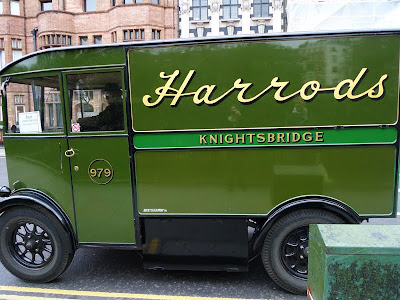 Our post Paris trip to London gave us verdant-itude peeking out from everywhere. In London we walked and walked, discovering misty parks, little trucks, little Spring bits in the cold.
at 2:21 PM 2 comments: