Allo, allo! This is lazysundae of Clinton Hill Chill & The Itis writing from Brooklyn, NY. I really wanted to do a macaron taste test of different spots in the city, as well as make my own for this chapter but the first batch of macarons I bought were so unsatisfactory they spoiled my taste for them (for the time being) so I scrapped the idea. Just as well, since I would never have done the previous post any justice. Beautiful photos, cindy*!

Instead, I have put together a mini-mixtape of songs by French artists, songs in French, or songs in French movies, and paired them with some beautiful photographs from Paris I found on Flickr. Download the music here. 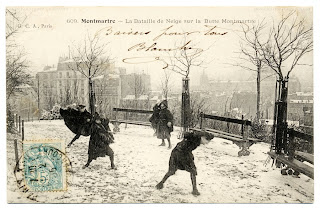 Snowball Fighting in Paris (1905) by postaletrice
"Paris sous la Neige" by Mellow
Mellow is a French band I discovered in college during my stint as a radio DJ. This has always been my favorite song of theirs. The photo is actually a postcard from 1905 and captures the lighthearted mood of the song perfectly. 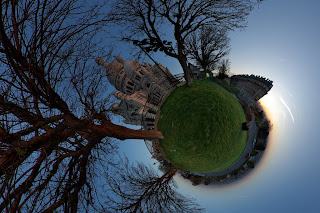 Yet another sunrise in Montmarte by gadl
"Ce Matin La" Air
This photo reminds me of Le Petit Prince's home, Planet B612. It goes with the song because it's fluttery and space-y. And also, Air is French. 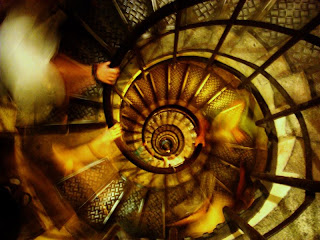 Arc de Triomphe by bangkok_diary
"Rally" Phoenix
Phoenix is a French band. I thought this song fit the photo because I imagined myself running round and round up and down these stairs at l'Arc de Triomphe. I also love this photo because it looks like a nautilus shell. 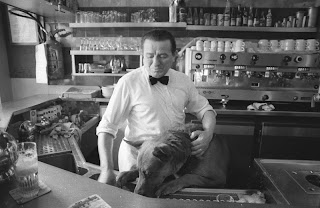 IMG033-1.jpg by fitzsimmons.adrian
"Tout Doucement" Feist
Leslie Feist is one of my favorite singers, hailing from Toronto. She was originally in the collective band Broken Social Scene, whose members are also in KC Accidental and include Jason Collett. The song was originally sung in 1957 by Blossom Dearie. I love this photo with the song because they're both old-timey and fun. 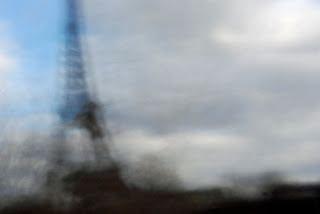 The rain and the weather's fine by avyavy
"Comptine d'un autre ete l'apres midi" by Yann Tiersen
This is from the Amelie soundtrack. It's a little sad but also happy. Like Paris on a rainy day. I like this photo because it's of a famous landmark but it's not touristy. 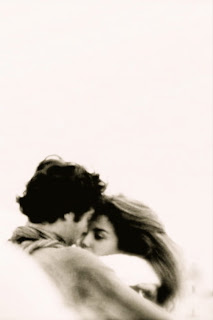 Photo volee by alibaba0
"Melody of a Fallen Tree" by Windsor for the Derby
This song was in Sofia Coppola's Marie Antoinette. There is a tinge of desperation in both the song and photo, like trying to hang onto something that is slipping away. But this time there is a happy ending.

Again, music can be downloaded here in a zip file.

Such a wonderful and creative post! I can't wait to check out all of the music.

Feist has moved in down the street from me. I saw her 1, 2 3 times when she first moved in but I haven't seen her since.

love it, off to download the music now for a little Parisian day here, what with all this rainy windy weather today it could be Paris...

everytime i hear or any one mentions air i think of when i began dating my fiance-it was what we listened to on the day we began officially dating. young love...sigh.
lovely photo and song picks.

so sad to hear that your macaron plan didn't work out. and, thanks :)

I'm hunting these selections down and giving them a listen..thanks. :)

thanks for all the great comments! you can actually download the mix at the top of the post - it's a zip file.

this is wonderful ... thank you for the music!

awesome A! I love it! downloaded the zipfile and want to make it the new offical bonbon soundtrack! thank you!!!!