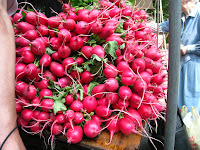 I was living out my now- daily dream this summer: I spent 3 weeks living in New York.
I used to live in NY, for about 10 years. And then I decided I needed a break. So, I took one.
All the way to San Francisco.
Turns out, that break has been too big.

Hi, I'm Molly, from A Little House in the Clouds, and I love New York.

***********
Coming back to live for a few weeks really has it's little perks. One of them being seeing people and things in a whole new way.

I first met Deb when my sister and I had a shop on Crosby Street. She was getting her Bonbon on and we always had a good time talking notions, beads and bits. Years later, we re-discovered each other through blog-land. 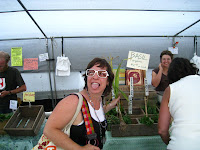 We met up this summer and it felt like hanging out with an old friend. Turns out, another perk, is doing the Union Square farmers market with someone who gets as excited by as you do. Deb and I laughed our way through the crowds as we stopped to ahhh & ohhh over the beautiful veggies, bread and vendors!
Ah, the little things. 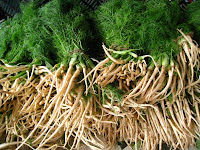 There were other major perks while living in that big apple that I realize more and more as things change. Over lunch, Deb and I talked about craft and art and being an "artist" and having a hard time saying that word, and the craftsmen and women who are slowly being pushed out of New York (or anywhere for that matter--with time comes change, huge change). Back in the day, (my sister and I, for many years, having a manufacturing business) one of those great perks was like going back in time when you were really just going to a vendor's warehouse.

No longer there, but still doing business, was a place called Dulken & Derrick. It was a flower making, notion warehouse, if you will. They made flowers for everyone in the business (the Sex & The City girls) and everyone not in the business (Eleanor Roosevelt). 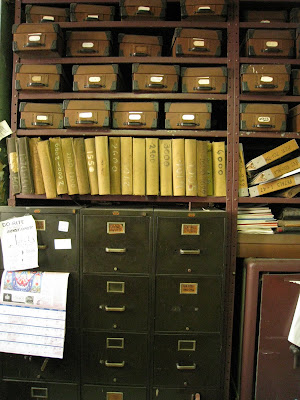 In the family for years and years, with the old filing cabinets, peeling paint and dusty boxes to prove it, this place was an absolute find. 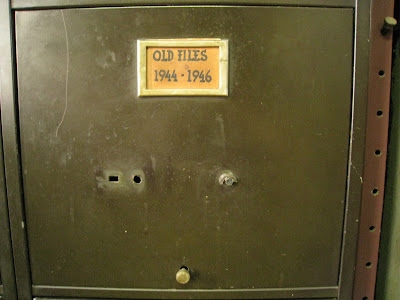 The fact that, each time we came in, we were given access to every nook and cranny just made it all the more special. The final visit, I brought my camera and shot away. 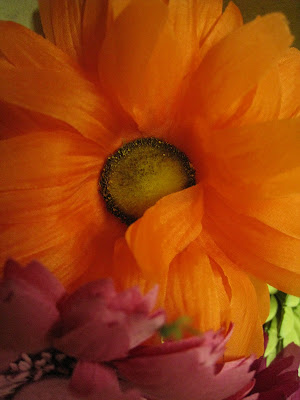 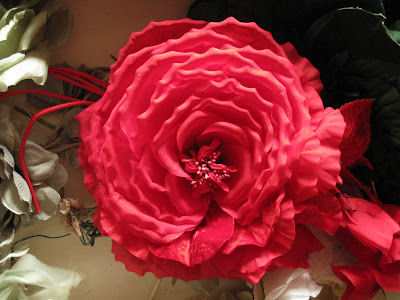 Each petal was cut and curled according to flower type. To watch the whole system for a day was incredible. 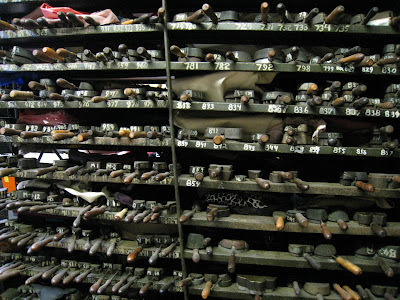 Hundreds of old flower molds, shelves and shelves of them, faced this one little "machine". After the fabric was cut into the shape of the leaf or the petal, it was placed in a 2-part mold, cranked under the block for just a moment and pressed. It's a lost art. 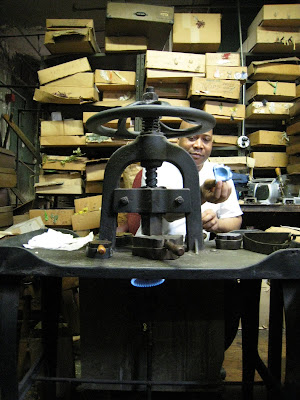 The other constant vendor perk was Tinsel Trading. On the surface, a gorgeous shop with more than enough to look at. But, one day, after many, many years, Marcia finally let us into the basement. Tinsel Trading was her Grandfather's shop and we came across packages from 70 years ago that had never been opened. 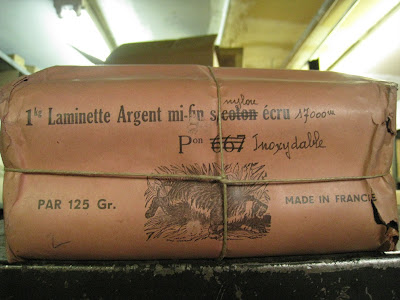 It was a diggers' dream! It was notion heaven! 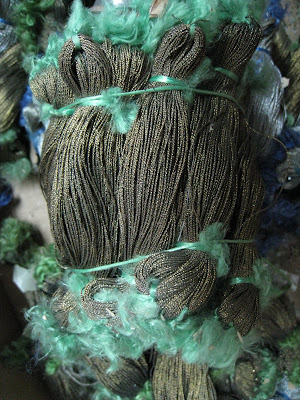 And it was a another piece of New York history that continues to blow my mind. Many times, I was as taken with the basement itself as I was with the metal ribbons and sequins. 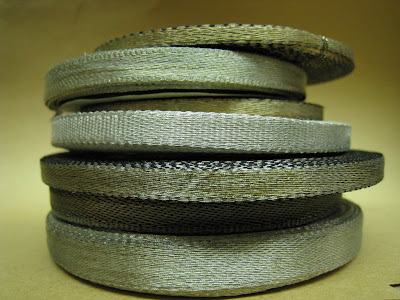 to see lots, lots more feel free to flickr
(Someday, Deb, someone's going to come poking through your new workspace, your beautiful studio, and have the same glee as they pick thru your beads and baubles and watch you work!)
at 8:31 AM

how amazing to go into the depths and crannies. it is good to know there are still places that keep everything. thanks for sharing.

i love hearing about how those flowers are made. what beautiful photos and how lucky you are to experience it all first hand!

Hi, I'm a friend of Deb;s
who has been back in the city for a year having been away for 2.
Yes, Union Square is a delight!

I feel as though I've been on the absolute best field trip ever!
Thanks!

Never made it to tinsel trading during our NY trip. Still have the video clip you sent - fascinating! I just have to go back, this time by myself (none of my boys will put up with things like this, not even the biggest one). While there I may just have to stop by Deb's "new" studio... Thanks for the guest post!

What an incredible post! Just incredible! Thank you so much for that little taste of history and inspiration :)

whoa there molly...don't make me love you more...i couldn't wait to come back to civilization to see what you've done...thank you for such a wonderful thoughtful post. now move back here now damnit!